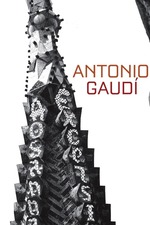 Terror and allure; terror at encountering architecture so alien and distorted, yet allure at how transfixing such constructions are. In fact, it's hard to even say whether they're constructed with how organic and natural they appear to be: akin to the tunnels worms would dig and burrow, or half-made men rising from the mud before they solidify into monuments instead. Such a world of warped and oblong features closer resembles the beauty of what DNA would form or what an alien god would forge than what mere men could conceive of. Perhaps that is where Antoni Gaudí's genius comes from, of tapping into the otherworldly realms in his dreams and reconstructing such visions in our own, a reminder that there are still worlds of possibility in what is achievable in design which we have yet to fully explore.

Even close to a century after his death his creations still grow, testament to how his works blur the line between the living and artificial.