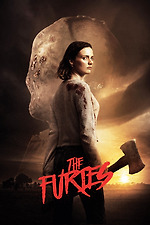 This one was just soooo close to being better. It has a good concept, a twist on the usual “most dangerous game” storyline, and an interesting lead character. Unfortunately, it falls into some familiar traps with characters arguing and being awful for no real reason to each other, a fairly unnecessary and believability breaking eye camera plot point, and falls back into the whole “rich men pay to see women killed” thing we’ve now seen too many times.

Revised to drop the rating. The more i think about this film, the less i like it. It claims to be a film about strong female characters, yet every female character is either a backstabbed only out for themselves, a sniveling coward, or just insane. So many plot elements are pointless and don’t actually go anywhere. The main character’s epilepsy doesn’t actually have a greater purpose in the plot. The eye camera things don’t have a greater purpose in the plot. The plot doesn’t actually matter to the plot, now that i think about it.