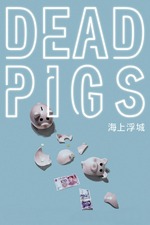 Cathy Yan’s Dead Pigs premiered a few years back at Sundance and received praises for it’s Altman inspired narrative, but never made a public splash until the critical success of Birds of Prey in 2020. The resurfacing of Dead Pigs came around because of how highly people felt about Yan’s flourishes in a major Hollywood production. For some it was one of the most refreshing comic-book movies in recent memory with a lot of potential for the future, for others (like myself) it was just alright, but it had me eager to see more of what Cathy Yan could do. Thankfully, Mubi snagged the rights to stream Dead Pigs and made it available to all subscribers this past weekend for people to finally get their eyes on it.

Dead Pigs is a bit too long and redundant, but it isn’t without some stellar subtext and great direction. One of the first things most people will notice is the use of color. It’s something that clearly transferred over to Bird of Prey and made that the neon-infused pop song that it looked like, but the color palette here services so much more than the look of the movie. For a story that is vehemently obsessed with utilizing the strangleholds of money to weave the characters onto the same web, the palette accentuates the city’s financial growth. The palette is beneficial to the idea that this city (and subsequently it’s people) are being augmented into an artificial landscape of modernization.

This obviously proves costly to the people who have had generations of family living on the city limits, and that history being torn apart in favor of corporate monetization. You see that trickle down from character to character, as relationships are tested, familial bonds wound tight, and as I mentioned previously, Yan really pushed this in the right direction. Outside of the fact that you could have probably chopped off a good twenty minutes to create a snappier pace, it’s hard to ask for a better debut. There are plenty of other debuts out there we’d consider perfect, but in a modern era where women still aren’t given as many chances as they should be, it’s impressive to see Cathy Yan deliver. Especially when you consider how vivid her confidence is in expressing this hefty, overarching theme for a vast cast of characters, and using color to explore that further. In that regard, it’s extremely impressive and a delightful watch.