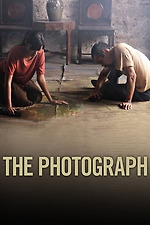 Life will never be separated from the past and the future, it's just a matter of how we balance these two things.

Apart from the way the story the film tells feels inconsistent, in the sense that sometimes it feels neat and beautiful but sometimes it looks rushed, forced and confusing due to the story that suddenly jumps a few times, Nan Triveni Achnas' The Photograph still tells a pretty good story and is wrapped in captivating visualizations.

Lots of images in this film look so painfully beautiful like paintings, even though they only show a simple atmosphere such as a series of photos, shooting scenes and much more. Like a photo that is able to capture pictures of life and the beauty of the world, The Photograph is also able to present all of it beautifully.

This film also seems to illustrate that a photo can be very meaningful because it can make a memory always live, even though the object in the photo is dead.