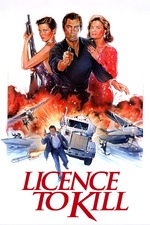 Timothy Dalton’s last Bond film is one hell of a ride, where Bond is a man on a mission for vengeance after a drug lord leaves his friend for dead. This has great action, the most brutal in the series up until this point. Dalton really does a great job of portraying Bond as sort of a broken man here. He’s so blinded by vengeance that he’s willing to do whatever it takes to succeed. This is just such an awesome 007 story. It’s such a shame that this is Dalton’s last one, because this is my favorite one yet from this marathon, which this will change once I get to Casino Royale and Skyfall. But nonetheless, Timothy Dalton James Bond rocks, and this is just an awesome movie.