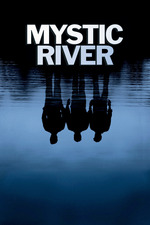 Such a disappointing ending to an overall underwhelming film. Jimmy’s character is basically a glorified fucking asshole who thinks that he’s the judge, jury, and executioner in any moral dilemma. Nothing wrong with a character like that, except you shouldn’t have a fucking monologue delivered by his tone deaf wife justifying his behavior in the name of “love” and calling her trash ass husband a king. The glorification of Jimmy’s character is not the only lose end of this film, the rest of the ending sequence and character motivations feel just as broken. Not to mention that the whole bit about Kevin Bacon’s wife is completely useless and adds nothing to the plot.

I’m just so fucking tired of hyper violent and hyper masculine men being glorified in mainstream Hollywood because they carry a burning desire to avenge any harm to a family member in the most grotesque and egotistical way possible. You don’t fucking love your kid if you want to blindly murder anyone suspected in their killing, you just want to satiate the thirst for violence while thinking that you have the moral ground (ps: you don’t).

Idk, this movie is just plain stupid and feels completely outdated to watch. Just watch Prisoners if you want the same kind of family thriller, at least that movie has a bit more nuance than this shit.