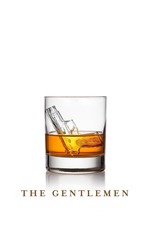 A while back, a few of the fellows and I got together in a newly renovated shed to watch Inception. Our gracious host served corned beef sandwiches with pints of lager and as you may have guessed, we had the bloody time of our lives. We all agreed to meet again the following week, and for the next six years, every Tuesday night was movie night. Because of the number of Leonardo DiCaprio films we inadvertently screened in the first few months, someone jokingly referred to us as The Leonardo Fan Club, and the name stuck.

Over the years, our numbers have fluctuated from as low as three to as high as twelve. Our professions couldn’t have varied more, including (but not limited to) a doctor, a lawyer, a financial advisor, two city councilmen, a book publisher, an audio engineer, the owner of the local brewery (which came in very handy), a documentary filmmaker, a couple of construction workers, and an animator; but regardless of our differences, every Tuesday night we sat in that dark room together and basked in the light. We’ve gone on field trips to the theatre (as was the case with The Gentlemen), moved the couches and projector outside on warm summer nights (what a way to experience Wake in Fright!), and had breaks that sometimes extended as long as two months, but for the most part, movie night has been a constant.

Well, last week our host broke the news that he was moving to Alberta, effectively ending The Leonardo Fan Club’s six-year run. I’m sure the rest of us will get together from time to time, but without the comfort of the shed and the light of the giant projection screen, those times will likely be few and far between.

It was a thrill to be able to introduce so many wonderful films to the gang (surprisingly, I was really the only film geek of the group), and now that it’s over, I’m not sure how I’m going to fill that gap.

There’s already talk of a reunion in July, but for all intents and purposes, our screening of The Gentlemen - with all but one founding member in attendance - marks the end of an era.

Gentlemen... it’s been a slice.

(For the list of every film, every comedy special, and every short we screened, click HERE! Or check out a video of our first slate of features HERE!)