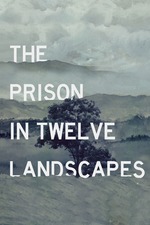 The Prison in Twelve Landscapes

I often avoid watching issue docs because on the one hand as movies they are painful and depressing, and on the other, as a catalyst for justice and action, I'm not sure they are as effective as I would like to believe.

The Prison in 12 Landscapes though is totally absorbing and beautiful and moving as any film could be and as a call to action is not didactic or lecturing or suggesting it will do anything that a movie can't do. It's a series of vignettes that relate scenes in different parts of the United States to mass incarceration, nothing takes place inside a prison, and the meaning of the associations is never explicitly stated. And I think it's effective because it does what a movie really can do--which is ask you to reformulate your conception of something for which our culture has a deep-seated established story. In this case, the conception of what prison is, what its existence actually looks like in our world.

The least obvious landscape is probably the representative of Quicken Loans giving a tour of downtown Detroit, which is very weird and the relevance of it becomes clearer later on. But all the landscapes are really thoughtfully chosen and unexpected.