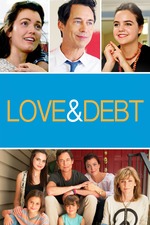 The entire pacing and structure of Love & Debt, with its zany vignettes and numerous emotional peaks and valleys, feels more like the first season of a sitcom rather than a feature film. With so many familial threads to explore, Love & Debt would have been better suited for the medium of television. Yet, despite being a crisp 90 minutes, the film has a meandering quality that makes it somewhat monotonous. There are strong comedic moments, such as when Henry is caught masturbating, and cringey ones, like Henry knocking down a traffic light after speeding. Similarly, the dialogue wavers between resonant sincerity and corniness. These slips aside, Love & Debt is a timely dramedy with an admirable frankness that champions the importance of cherishing our loved ones in difficult times.