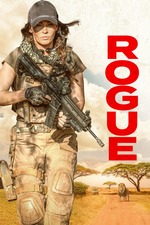 On a more positive note, it is nice to see Megan Fox on screen again, and her confidence as both a woman and an actress definitely comes across each time the camera is on her. What’s ironic, is that even though Fox portrays a badass commander, she is noticeably ‘dolled up’ with eye makeup and expertly messy hair which heightens her attractiveness, rather than being slathered in gorier effects that would make sense with the life-and-death battles she’s constantly thrust into. It is nice however, to see a group of macho men being bossed around by a woman whose bark matches her bite, and Fox does the job wonderfully.