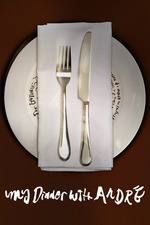 Tell me what to watch!

There have been plenty of times where I've watched a film and felt like a complete dipshit for not being able to appreciate it in the ways that many far more intellgent people than I have been able to.

For a long time I felt the same about My Dinner with Andre. Once it had finished and I had a think about it, I didn't. I actually do get it - there's not actually a lot to 'get' in the first place, I would say, as it is just two blokes having a long chat.

It's just that if I was in that same restaurant and had to listen to Andre Gregory tell Wallace Shawn one more place he'd been to, I'd probably change my order to a takeaway. Just stultifyingly dull.