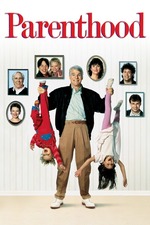 As a brit, I've often admired American sitcoms for their ability to mesh together the sentimental and the funny in their writing without losing the laughs or sacrificing the 'feelgood'.

In a world which often values truth and credibility, 'feelgood' can be a much maligned term as it suggests a compromise- that only by selling out can you actually tell the truth about life and still come out optimistic. Not only is that simply untrue, it ignores the fact that it's actually much more difficult to do.

In the UK, it's only something writers have really been able to do recently. There was a time when if you were watching a British film that was making any kind of observation of life and a character was happy, it was inevitable that a prominent character would die and the film would end up having an ending without emotional resolution. You know- the kind of ending that critics call "brave" when they're in mainstream movies. Well they might be commercially courageous, but from a writing point of view they're as easy as life isn't, because for most of us life ISN'T easy, but that doesn't automatically make it sad.

A film like Parenthood weaves its way through a plot that covers some serious themes and its message is "life can be a bit shit, but y'know that's kind of OK", but yet it's funny, heart-warming and not depressing. It's 'feelgood'. That sort of writing takes skill, it requires a cast who exude warmth and it needs a director who values storytelling over stylistic flourish.

Frankenstein and the Monster from Hell