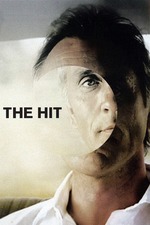 I really admire the ambition of this movie. What began to all appearances to be a straightforward gangster story, by the end, transformed into a considered exploration of humanity's relationship with death. And I loved it!

The performances from the small cast are all very well executed. A very young Tim Roth plays it incredibly extra. Terrance Stamp and John Hurt are both awesome. Each character feels rich and well rounded when they could easily tend toward caricature.

Such care is taken with this movie. The artistry of the shots, the musical cues, the dialogue, all feel so intentional. And the scenery! The use of the gorgeous Spanish countryside as a backdrop was another well-considered touch. I really appreciated how this film refuses to conform to the viewer's expectations. When Willie's fear breaks through his practiced serenity at the moment of truth, it's so unexpected but feels exactly right.

Even though it never truly soars, and some of the beats seem superflous, the end, this movie had a lot to say, and I definitely found myself listening intently.