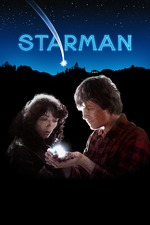 This is probably only the third film of Karen Allen (the girl from the Indiana Jones films) I’ve seen.

Some cool FX. CGI could probably be better, but I’m not sure because it’s an 80’s film.

What the heck is that?!?! Fake Hay?!?! Someone must be allergic.

Sometimes it lacks a little urgency and realism.

I feel like the storyline is reminiscent of Stephen Spielberg films.

I actually enjoyed it really well. Will probably buy it in the future.

So, what will the baby do with that marble thing?

Well, isn’t it just like a guy to love ‘em and leave ‘em.