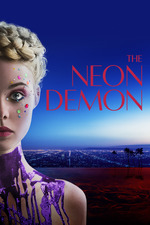 If I were to sum it up in two words, they would be Pure Perfection. This is brilliantly shot which is highlighted by the set design, makeup, and visuals.

Refn strolls to and from many moral principles and taboos (many of which are thrust at you up front in a very artistic manner), painting a picture of situations many of us have or will face in life. It's hard to recommend this to people because it's not a feel good movie or one you will be laughing and joyful at the end. Due to the harsh subject matter and content, you may feel bad emotionally because it probably will make you uncomfortable and maybe even want to walk out of the theater or stop the movie. This is not a film for the faint of heart or the fast pace junky.

The acting was on level and no one really out shined another, creating a great balance all around.

Symbolism is high in this film, presented in a highly visceral way. The manner of symbolism presented and how it was shot makes me think of the creativity of Kubrick. Using the slow paced shots and scene rests, Refn gives you time to take in, process, and analyze each moment.

The score is perfectly constructed and set within the scene to draw emotion from the viewer. It also is balanced out with great use of silence.

All in all, this is the best film I've seen in the theater this year and deserves an Oscar, despite the lower ratings other people will give it because it's a thinking movie and one that hits on some tough subjects which some people might not understand why they are in there.

It is rated R for a reason, but I hope you enjoy it as much as I did.

Rack focus in the first scene when the girls are talking to each other, also the rule of thirds mirror framing, perfect framing of Keanu when he comes out to smoke and he waves his arm and they don't cut it off at all, symmetric framing of first couch scene and end model scenes with a few others here and there, slow panning of the golden model first shot because they couldn't realistically do an ultra panoramic shot, tracking shot of Jesse being chased and showing the two other girls one by one coming out of the woodwork, slow motion panning up and down of the girls in the shower not to be pornographic (even though it could easily be taken that way) but to give you time to take in and realize/guess what is going on and pause to give you time to look into the meaning of the scene, symmetric shot of driving scene overhead so you get the feel of the powerful wind blowing in their hair like they have won and are doing a victory lap, runway audition scene when the girls are sitting in all the chairs which they frame perfectly placing the girls eye level just above the level of the camera giving a balanced shot that puts the main character in optimal focal position with the supporting actress just to the left so your eye is subconsciously forced to be lead around to her face even though she is in the background.

That's all I'm going through without watching the movie with you and telling you step by step why the shots are framed and shot the way they are.