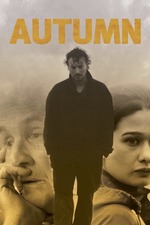 Some aspects of this film by Turkish director Ozcan Alper reminded me of his better-known and more accomplished compatriot Nuri Bilge Ceylan - the strikingly stark landscapes, the slow pace, the damaged characters and allusions to the impact of a repressive government. But Ceylan is a much better director and his characters have more depth and complexity. This was good but left me wanting in many ways.

The story is solidly centered on Yusef, a man in his mid-30s returning to his remote mountain village after serving 10 years as a political prisoner. His lungs are damaged by his participation in hunger strikes and his personality even more so - he's disconnected with evidence of PTSD and unable to restart his life. The region he returns also seems on life support - everyone is elderly, his mother's depressed and bitter, his best friend' Mikail's career goals and marriage have been stunted, and there are two scenes of symbolic funeral processions. He gets involved with Maria, a young Georgian woman working as a prostitute to send money home to her young son, which could offer redemption. But don't get your hopes up.

It's all sad and depressing. The flashbacks to his student days in an anarchist/socialist movement and his subsequent incarceration are done via actual news footage from Turkey at the time. This is jarring in the midst of a narrative film and doesn't quite work. I didn't mind the slowness of the film but it needed more depth. The redeeming feature was the frankly stunning photography - he depiction of the mountains as they progress through mid-autumn to the bleakness of winter, and some compelling scenes by the ocean.

So all told, I was glad I watched it. But it could've been so much better.