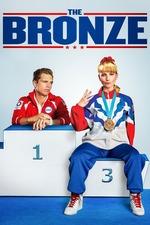 Second viewing. Still find this to be a seriously funny comedy, with the beat breakout performance of the year by the bawdy Melissa Rauch. Agree with most of my original review of the film (link below), and sort of see the Napoleon Dynamite comparisons, though Rauch's Hope Ann Gregory is unlikable because of her shameless personality and attitude that the film (pleasantly) doesn't challenge nor judge. Napoleon Dynamite is unlikable because he's incompetent.

Watched all the deleted scenes on the Blu-Ray of the film - something I normally never do, same as buying the film the day it comes out - and can say they are largely worth watching too. Definitely think the "VHS tape" scene should've stayed in the film, though. It fits with the film's overarching theme, and provides some symbolic coherency.

Master and Commander: The Far Side of the…