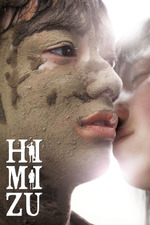 when you consecutively watch films from the same director, you can see the repetition in the characters, the storytelling, the way they execute art. i guess that's what gives them their signature style... that special touch. but i think it can also be argued how there's still a core attached to every film, no matter how many you watch one after the other, that's different, that's hopeful, that attracts you and makes you unfazed watching more films even with this repetition of the way art is put in front of you.

I think himizu lacks that core. sure, if it's your first sion sono, you'd be left amazed or either sick as hell; ideally the only two reactions his works generate after you complete watching them, it's thrilling either way. But if you're considering himizu to be an ultimate masterpiece next to strange circus or love exposure, it lacks that core of surprise or hope or change. yes it's a sion sono film, yes it's one of the most polished works by him, but definitely not the best. I'd still give it 4 stars, the last star being definitely for the boldness of this dystopian coming of age film, a type that's rare to find.