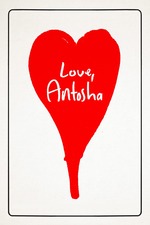 I was expecting this to be touching and sad, and it certainly was those things. I was not expecting it to be such an insightful movie about acting. Anton Yelchin was not just a talented guy, he was also meticulous to the point of obsessive about his work, so he left behind all these notes and journals and rehearsal tapes which form a lot of the spine of this documentary. Plus, Yelchin worked with so many wonderful actors during his too-brief career, and many of them appear in interviews to praise him and discuss his process. I actually learned a lot in between the parts that broke my heart.

A year or two ago, someone from this movie reached out to me because I had done an interview with Anton Yelchin for Like Crazy (and movie I liked a lot, and probably the best movie I’ve ever seen about the reality of long-distance relationships), and they were wondering if I had the original audio of the conversation so they could possibly use it in the film. I looked around, but unfortunately the interview took place before the days of iPhone voice memos, and I had recorded the interview on an actual tape, and during a move a few years ago, I lost track of the thing. I was sorry I couldn’t help them, but I’m really disappointed now. It would have been nice to have played some small part in this very good movie.

Scandalous: The Untold Story of the National Enquirer