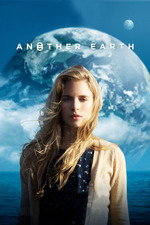 I like how Brit Marling thinks, but most often her films (the sci-fi ones she had a part in besides just acting) are poorly done. This concept is cool on paper, but it just rushes. They see earth 2, then magically it's just right there near earth. Besides the fact that wouldn't be possible from a science view (orbits) but nothing is ever explained. The writing is flat out terrible and the whole film is littered with nonsensical dialog and choices. The cinematography, outside of a few shots is terrible. The scoring is slightly off but not bad. The editing is rather bad. The narrating is quite good, and easily the best the film has to offer. Early on the acting is pretty natural, but as the story progresses, and the writing takes a sharp downward turn, the acting turns into bad b movie vibes. The love scene is some of the worst acting of her career, it's look away from the screen bad. The film ends up looking and acted like a group of friends who never made a film had an idea, got an iphone 5, and made the film with little planning. Maybe since The OA got canceled, her and her writing partner will make some more films again, but more fleshed out and more budget. The only one of their films that's well done is the east. It's a shame because she has a great mind. The way this plays out is laughable really, ridiculous writing choices everywhere. Maybe they should have their ideas scripted out by someone else, because it hasn't worked so well for them so far.