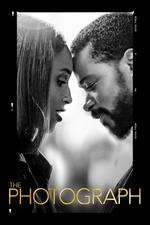 2k reviews, only 700 likes, and a 3.0 average. This film is exceptional. It's written and structured so well. It really sticks it's vibe in all of the time lines and bridges them superbly. That is really accentuated with the scoring and music selection. I didn't like Chante Adams in this, or her character design probably more so. Just the early sections with her, later she is very good, but besides that the character design, the casting, and their performances are fantastic. It feels so natural and personal. It's shot very well, great framing and detail. It's nearly flawless, I'm not sure why it's not getting more love. One of the best films of the year so far in my opinion. I could do without the Drake/Kendrick dialog. Tired of seeing that in films lately. That and just not liking the early Chante Adams section are the only things keeping me from giving it a 5. It's just a really emotionally engaging and we'll done drama. Stanfield is really moving up my list. He is churning out great performances with his own personal signature to them.