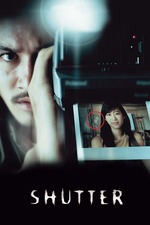 The film that launched the careers of two of the most successful Thai horror directors, Banjong Pisanthanakun, Parkpoom Wongpoom, and the talented cinematographer, Niramon Ross.

Directly influenced by the popular J-Horror of its era, this is a genuinely atmospheric and scary horror film, although it's mostly predictable.

Woman in the Dunes