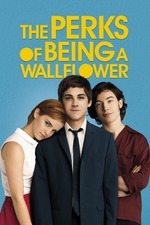 There are so many things that can be discussed about this film, its depiction of mental health, toxic relationships, self-worth, and of the ‘wallflowers,’ those who sit on the side-lines at school, shy, introverted, which I think the film is a credit for representing. But, as a review series focused on LGBT+ representation, I’m focused specifically on those aspects of this film, in particular the portrayal of Patrick, who is the only openly gay character in the group, and in the film. He, like all of these characters, is flawed, trapped in a relationship that is destined to fail, and hides his problems by projecting an energetic, un-caring, and defiant front. What I particularly liked about this was that, though being gay was quite a defining feature of his character, Patrick got the same focus as the others, was treated as one of central storylines, all of which suffered similar highs and lows, and got a similar hopeful ending. This film is highly introspective, and considers some really serious topics that sadly a lot of young people can probably relate to, so it is good to see some varied, and equally shown, representation.