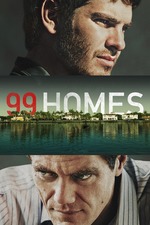 2015’s “The Big Short” shows the beginning of the United States housing bubble and this film here shows just a piece of the aftermath to follow. I remember my late mother a long time ago when she and my stepdad was struggling to pay the bills and I remember the conversation with them about being evicted from our house, the house I grew up in. This film here gives you an almost documented look into what it is like to be evicted and what is like being in the shoes who are evicting the families and that’s where this film is so interesting and incredibly nerve-racking. The emotions being poured out and the many tribulations the families go through is just heartbreaking to watch as strangers come in and out of your house uninvited while you are considered trespassing as you sit at the curb watching strangers handle your possessions just to throw it out into the front yard in front of everyone to see or to even grab. Here’s the thing, this is reality and people go through this everyday and this film for that matter is very important to at least watch once.

And for all you Michael Shannon fans out there who by some miracle haven’t seen this film, this is a must watch for you all and this might be one of my favorite performances from him that I’ve seen, along with Andrew Garfield. But one of my biggest nitpicks is not utilizing Laura Dern to this film’s benefits. Totally didn’t have enough plot development nor screen time.

The film has its flaws but it’s certainly a very pulse-pounding film that could leave someone with heart in tears. I say give it a shot if you haven’t done so already.