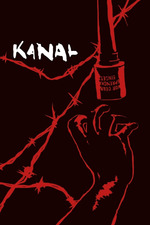 A group of resistance fighters tries to escape the Nazi onslaught in the city of Warsaw by going through the sewers.

With dedicated performances, incredible camera work, intense claustrophobia and a tragic finale, Kanal is a must watch for World War 2 junkies. The film has a sluggish beginning but once the fighters move into the sewers the film never lifts its finger off the trigger. Highly recommend for war film fanatics like myself.