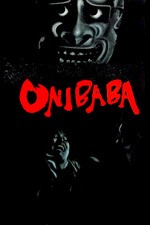 Dog lovers beware, this is the film that started that unfunny joke about Asians eating dog, I’m just fair warning ya.

Well, I suppose around the mid 60’s I assume that anything goes from here in the realm of cinema because this has easily the most nudity I’ve seen from the 60’s era and anything before it. That’s to say, this whole film is nasty considering from a character standpoint and plot points. Two female murdering thieves who is a mother and daughter is torn apart by another murdering thieve who wants to have sex with the daughter. That concept alone just shows how despicable the characters are and how indecent this film can be.

The whole film takes place in their huts and in the tall grass. The environment sets the darkish tone as these 3 nasty people are isolated and alone in their own hell that they created. Any newcomers are murdered and thrown down a hole. I suppose down is the only way out, metaphorically speaking.

As for the story, it unfolds in sometimes predictable fashion as the love affair drama can be foreseen by anyone who’s seen something like it before but it is the horror aspect I thought was clever. Without spoilers, the mask the mother tends to come across reminded me of a Goosebumps episode about the kid who buys a mask from a sketchy store and has trouble taking it off. The film heavily takes that route and the payoff was worth it.

Totally worth a watch for you horror fanatics out there.