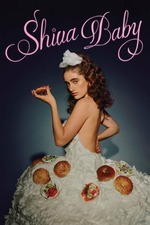 Before I start, i would like to say that these are my personal opinions and if I offend anyone, I apologize but my opinion isn’t going to change but maybe how I express my opinion will, that’s if I receive constructive criticism. I also want to say, I’m not judging anyone who loves this movie, in fact more power to you all, I seriously wish I shared those feelings. With that said let’s begin.

Ex Lovers are a burdens, family is overbearing, careers define your character, men are cheating trash, women are always competing, everyone thinks they know everything, same gender relationships are complicated, babies are annoying. Great, this is going to be miserable.

Ladies and gentlemen, this is one of the most overblown films I’ve ever seen in my life. Let’s begin with the dialogue. You have lines like “Okay, you’re projecting like a lot of misogyny for a future woman’s march organizer.” - which makes it painfully obvious what kind of person is directing this film. Didn’t enjoy this fast talking highbrow, sarcastic delivery lines that makes me roll my eyes cause each character acts like their farts don’t stink. Oh, you like comedy, catch this corny joke; “You look like Gwyneth Paltrow on food stamps.” - Har... Har... Harrrrrr. I can’t even imagine my mother even thinking of something so corny.

Let’s take a look at the characters. An unoriginal cheating husband who of course looks like every rich college girl’s fantasy, I dress like a hipster too but damn, can this film be anymore predictable. What about her ex lover? Well, she’s the kind of person who calls someone they love a whore right after making out with her outside A DAMN SHIVA. What about the mother and father? Oh, the mother is kind and aware of her daughters stress and anxiety ONLY when she completely breaks down because a mother only knows when to stop when you decide to cry. Let’s just say the parents are just as worse as the cheating husband and the bitchy ex lover. Now this is my favorite character, our leading lady who is suffering from anxiety and claustrophobia. As a person who has battled anxiety and who has a fear for public speaking, I’m fully aware that people suffer in different forms but I’ll say this, anxiety is no excuse to give a blow job to a married man while his wife is downstairs with their baby at a damn shiva. I won’t go further because this is the kind of person the film makes me want to sympathize for. Sorry, but I won’t.

Everyone hates each other besides the ex lover who happens to be bi-sexual. Welcome to the 2020’s, it’ll only get more predictable from here. To hell with this film in all honesty. If this is the film that empowered females then the future is going to be wild. Sending nude pics at the most sacred of places is going to be a “thing”, just wait and see. At a freaking shiva? Seriously?