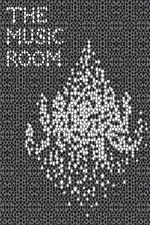 My rating is strictly based off of personal enjoyment and obviously I couldn’t find anything to enjoy. I don’t need to tell anyone how great of a filmmaker Satyajit Ray truly is, his legacy speaks for itself. I myself found the Apu trilogy fascinating to say the least. However, The Music Room is a complete miss for me on every level of personal enjoyment. That’s not to say I think this film is awful, absolutely not. I admit, I don’t know much of the financial distresses for aristocratic landlords and the conflicts between them and their richer moneylenders. I’m not fully aware of India’s financial situation in the 50’s, all I know is what I see on screen and what I witness was an unlikable protagonist who’s redemption I do not care of and music that I love but not for long periods of time. I knew the pacing was going to be slow in a Satyajit Ray film but when I can’t connect with the moral of the story, it’s even slower than expected. Exceptional technical work and fine music didn’t bring me out of bore festival the film placed me in.