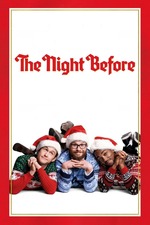 I’m actually surprised I enjoyed this film for what it was. It’s easily one of the most vulgar Christmas film’s that makes Billy Bob’s Bad Santa look like a saint. Most of the stoner humor is a thing I would laugh at in the past but I’m simply tired out for that sort of humor. It seems also that Joseph Gordon-Levitt & Anthony Mackie is out of their comfort zone with how they fit into the stoner comedy, their comedic chops didn’t cut it with me. Seth Rogen is obviously in his element and love him or hate him he does his part better than anyone working in this field of comedy. There were segments with him that left me with a straight face.

Nonetheless, I feel the message of the story about growing up and starting your own family is one most can relate to, especially with people who has lost both their parents. Levitt’s character, regardless how unlikable he is, I still found myself sympathizing with him due to his grief. The last act is endearing after all the obnoxious humor is cooled off. Reminded of my friends back home who were there for me when I needed them most.