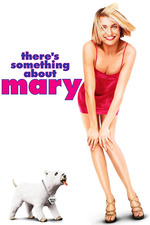 Raunchy, vulgar, offensive and completely absurd… exactly how I personally would want my rom-coms to be.

It’s the cleverly funny writing that gets the most praise out of me. For an example: “I was in and out of the hospital, stayed for just about two weeks.” - quick lines like that make me laugh hard because they’re so ridiculously stupid but also genius. I know that sounds contradicting but it’s true!

And the line delivery along with his timing, Ben Stiller may be the king of these films as I can’t help but feel sympathetic for each character he plays in these kinda films, while I spit out my drink by laughing at his downfalls. Like, I feel bad that he zipped his balls to his jeans but I also can’t help but laugh at the situation. Plus Stiller has this charm that I can’t really put into words but his onscreen presence always promises me an enjoyable time.

I know I gave Cameron Diaz a bunch of crap in other films she’s in but she was actually likable as she never tries to be extra cute in this role. She played the “dream girl” as naturally as she could and I can finally give her a clap for her performance.

Yea, it’s definitely one of the dumbest romantic comedies as it has many exaggerated scenes that almost feels like a spoof movie but that’s the point. Definitely a film to watch when you need a good laugh next to your significant other, or your dog while on speed.