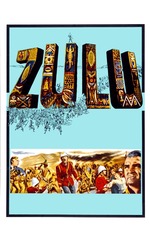 I’ve seen a film very similar to this, that’s based off a true event and is nearly identical in narrative and structure. That film is called “The Alamo” and just like “The Alamo”, both are incredibly toneless, paced awfully and culturally inaccurate and insensitive for the opposing sides. The Zulu’s do speak a language, don’t let the film fool you, although the film shows that they just love to kill, dance and sing, they too have a language and feelings but screw them, this is about the British not backing down when they’re outnumbered. How did they do it?! How did they manage to survive!? What scheme or defensive strategy allowed them to withstand these dancing and yelling Zulu’s?!... (Well, ummm, it could be the guns the British has. I mean the Zulu’s just has spears so I suppose the Brit...) Shut up brain! Just enjoy a young Michael Cain!