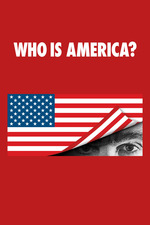 Last year my family and I went on a road trip from Nevada to California (with a few detours), it was an enjoyable time, and on our travels we encountered many unique and memorable places. However, one location always stood out to me in its unparalleled surrealness, though not for the reasons you may expect.

While travelling on the I-40, we stopped at a Wal-Mart in a nearby city to purchase some supplies. Although unexceptional in many regards, and nicely situated on the ever picturesque Mojave, this place was unlike any other I'd seen so far.

I felt weirdly intimidated as a 6'5 man in a 2nd Amendment jacket and MAGA hat trudged past me towards his bumper sticker laden truck. There was a unique tension, one not felt elsewhere, I knew Arizona had its Republican outposts but I was not ready for this.

At the time, although I wasn't sure why, I felt a strange sense of déjà vu. All I could remember was the anticipation of leaving, before someone cottoned on to the fact that I wasn't from round there, and charged me with the crime of being a British homosexual. I left, chewing on some marginally parched fried chicken to continue our family voyage, but the experience always stuck with me.

A couple months later, when recounting the event to a friend, I was racking my memory banks for mental pictures I'd taken of the place, when something clicked, I did know the place from somewhere, and not just anywhere.

The "city" was in fact Kingman, Arizona, the historic site where the Sacha Baron Cohen character: Dr. Nira Cain-N'Degeocello, had famously proposed to build the word's largest mosque outside the middle-east, in the legendary TV satire series "Who Is America?".

In that moment I realised that I had walked on holy soil, and that Sacha Baron Cohen truly was as ballsy as the show depicted him.

Won't You Be My Neighbor?

A Beautiful Day in the Neighborhood