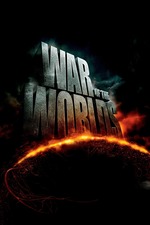 WHAT IS IT? IS IT TERRORISTS?
PROS:
~The best element of the film is the tension that is created through various scenes. The first appearance of the aliens from the ground and the following chaotic situation is a foreshadowing of the intimidating entity that will be revealed. Furthermore, the panicked people, the collapsing buildings, the damaged airplane, the scene aboard the ferry and the hide-and-seek in the basement are intense and show the desperation that people can be found into from one moment to the next.
~The film is a commentary of how an invasion of any kind could affect the humans. The scene where the family drives through a crowd of desperate people indicates the fear and the anxiety. On the other hand, Tom Cruise's character shows that everyone would do their best in order to protect their family. Furthermore, the alien attack is a allegory to the post 9/11 USA.
~The direction of Steven Spielberg is masterful. He focuses on the depiction of family's feelings while in the background many scary things are happening. There's specifically one scene where the camera moves around the characters while they are inside a car and try to save their lives.
~The design of the alien spieces is very detailed. The tripod machines are intimidating enough because of their height and the red-colored vegetation is disgusting. The sound design is impeccable too.

CONS:
~The relationship between the teenage boy and his father is underdeveloped. He is a stereotypical teenager and it's never explained why he behaves with such hostility towards his father. Moreover, he dumps his family because of having a sudden obsession joining the military and the reunion in the end is awkward (isn't he supposed to be dead?). Justin Chatwin reinforces this problem with his wooden acting.
~Dakota Fanning behaves like an adult rather than a little girl and her screaming in some scenes is unbearable. In addition, Miranda Otto as the mother is completely wasted.
~Tim Robbins as the lunatic man who seeks answers is over the top, something that could have worked if his character was explored better. The segment in which he is included looks like is taken from another movie because the tone is so different.
~The ending is anticlimactic and generally the third act is rushed. The extermination of the alien spieces is way too easy and illogical. If they knew that are vulnerable to microbes why they decide to settle on earth? And why the area where Tom Cruise find the rest of his family isn't destroyed?

A Rainy Day in New York