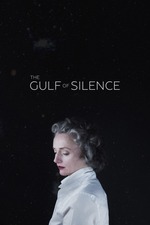 The Gulf of Silence

What this film has in abundance that most UFO stories lack entirely is perspective. Whether they’re works of pure fiction or the sincere accounts of true believers, the vast majority of these kinds of stories tend to be either far too narrow, burrowing ever-deeper down a rabbit hole of esoteric conspiracy lore and self-inflating paranoia, or far too broad, placing humanity at the center of all cosmic happenings and taking for granted the quasi-theological assumption that the aliens could only have arrived here with the deliberate intent to redeem or destroy us.

Rhodes, by contrast, cleverly employs her film’s limited budget and conspiracy video conceit to explore the UFO phenomenon on a refreshingly human scale, knowingly blurring fact and fiction to weave a story that respects the genuine cosmic mystery at its center without ever losing sight of the earthbound absurdities that surround it.

This kind of creative ingenuity is what real independent cinema is all about.