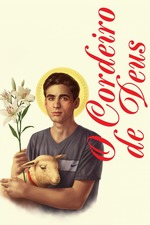 Now... the twist is that the last minute is waaaaay, WAAAAAY more interesting than whatever came before it and just about nudges it beyond the 2-star rating I would have given it before. The sun rising over the village, the lovers kissing over the barbed wire, the little brother wounded like the lamb he loved. It's beautiful bleeding-heart poetry and I hope David Pinheiro Vicente goes more on that direction for his next project.

The thing is, I just don't buy the rest of it. I don't buy anything about that mother-son exchange. I don't buy the fight, I don't buy that she suddenly threatens to slash her son's throat and actually corners him and puts the knife near his face like she's a street thug (I mean, come on), I don't buy Carla Galvão's delivery, I don't buy the stone-faced deescalation, I don't buy the hug and make up, specially when it's all done within a single minute. The fact that it is all blocked as a single unbroken take just calls attention to its flaws.

I hear this story is based on a biographic moment of the director's father's life — and this exchange might've happened in some way in the past — but the way it's staged is pure nonsense. It plays out as clumsily psychopathic rather than the heartbreaking moment it probably was (if it happened). And I'm just tired. I'm tired of these vague, insane, whiplash inducing fights we've grown accustomed to see in these kinds of shorts. They're tacky affectations, not true to life depictions.

And besides, Miguel Amorim is sincerely one of the gentlest, most charming young actors in Portugal — you can see a glimpse of it during the dinner sequence, as he goofs around with his younger sister. To have him play everything else behind a Eastwood-lite façade it's to miss the sensitive little kid he still is at heart. The kid that soon will fade away into adulthood and never return.