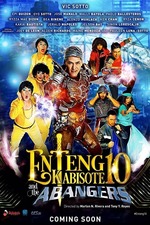 The film is the definition of a sellout vehicle. Just dump in an old TV personality, product placements, 1998-ish CGI, paper feeder script and a bunch of guest stars, this fails miserably as a film, not even to be considered as a so-bad-it's-good film.

This film should be wiped into existence.