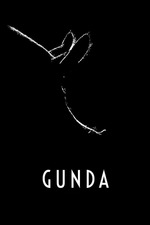 What kind of a film next do you make when you've documented a contentious Russian family, the inhabited antipodes of the planet, and the most metal film about water ever made? You film the daily farm life of a pig, two cows, and a one-legged chicken in black-and-white with no dialogue or score.

And it comes out astonishingly achingly beautiful.

From the first scene, the birthing of about a dozen squeaking little piglets who fight for milk from their mother, it's clear this is no DisneyNature documentary with cutesy narration or invented stories. It turns out that when you don't have that nonsense in the way, nature is pretty fucking amazing all on its own.

But it's also quite obvious what Kossakovsky is doing here -- directing and with a co-credit in editing, writing, and cinematography -- especially when it's noted that Joaquin Phoenix is an executive producer. Why do we love and shelter cats, dogs, and horses, yet we cage and farm pigs, chickens, and cows? Like all of the filmmaker's work, there's no explicit message here being force-fed to audiences; nevertheless, you'd have to be sociopathic not to be moved by the stirring images of Gunda and the idyllic farm which Kossakovsky found in Norway to craft this documentary.

He keeps the camera low, at eye level of even the smallest animal, so we can gain their perspective of this world. (This is no factory farm, merely a pen with open access to the outdoors.) The movements are gentle, with long sweeping pans of the grasses and those who frolick within them. The titular sow and her litter have no machines attached to them, no cramped space suffocating them. They frankly look like a playful pack of puppies, getting into mischief while Mamma watches and nudges them into place. And we slaughter these by the millions? Needless to say, Gunda is essential vegan canon.

Kossakovsky is showing us who these animals really are, their personalities and mannerisms, their liveliness and sentience, but he isn't humanizing them. Werner Herzog would tell us what they're dreaming about. Michael Moore would wonder how we aren't outraged. Kossakovsky just films the pigs. They are animals, just doing their thing. It can be slow, or uneventful, or routine, but no more or less than the pet's life who's on your lap right now. It makes the separation of Gunda from her offspring that much more heart-wrenching. It's the longest uninterrupted take of the film, and there's just as much desperation in this mother as in any Hollywood movie.

Yes, it's an arthouse mood piece, but Gunda is also an experience meant to burrow into your brain. Maybe you'll still fry up some bacon tomorrow, but I'll bet you'll also taste profound anguish.