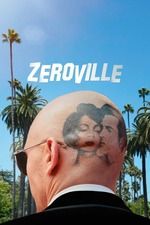 I've chosen for a feature length film to actually abstain from rating this. On one hand, this movie is definitely a sad excuse for James Franco to insert himself into filmbro hollywood movies, having to met hot actresses and be a editor in hollywood surrounded by his love for movies like A Place for the Sun and being like "well this generation is the golden age", combined with Franco during the most surface level Refn impressions possible. It definitely is a egoistical film, and really extends down to casting Dave Franco as Montgomery Grant in a level of nepotism and him editing Apocalypse Now. However, the way he films it like surface level Refn, which his massive huge ego getting in the way of everything (and putting Megan Fox in the frames of classic frames) is just so admirable how badly he fucked this up. It truly is a confident mess, and I'm stuck between cringing at it and praising it for being just such overly ambitious trash. One thing is clear though, it is that James Franco has basic bitch film bro taste.