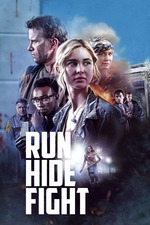 Boy, do I have some thoughts on this one!

I watched this film via the Daily Wire live premiere. If you do not know, this is the debut production of Ben Shapiro and some of his colleagues directed by Kyle Rankin. It is impossible not to get political in this review, so sorry about that, but I am not trying to change minds in this review, so don't worry. I am a bisexual liberal moderate, so I do not identify with the Daily Wire or it’s ideals to say the least haha. However, I am sick of polarization and hypocrisy from both sides of the social/political spectrum, so this is not conservative slander for the sake of conservative slander. In fact, I would strongly disagree with somebody who disliked this movie for the sole reason of it being created by somebody with opposing views. I consider myself an objective and fair person who believes in understanding all points of view, so I went into this with an open mind. I did not plan to come out of this with such strong, strong opinions; I actually thought I’d enjoy it. It may have actually changed my views on gun regulation, but not in the direction that this movie would intend. Everything I liked about this movie was overshadowed by it’s broken moral reasoning.

It begins with a father and daughter hunting together, showing us that guns can be used lawfully and not everybody who owns them are bad. Right? It also ends with both the father and daughter killing somebody with a gun and saving the day, again, showing us that it’s not the guns that are the issue but that it is the people who wield them. Right? Or is it just a sad reflection of our society right now; that we respond to violence with violence, taking a life for a life. A graphic movie about teenage gun death is not the movie to try and defend guns in, even if that wasn’t the main point of the movie. Normally, I wouldn’t get this philosophical about an action/thriller movie displaying revenge and death, but this isn’t just any other movie. This film isn’t just a fun action movie, it’s about school shooters.

The action begins pretty early on into the movie, suddenly and dramatically, capturing the absolute horror and tragedy that is the death of innocent school kids. It’s visually and emotionally enthralling. In this moment, it had me. At this moment I thought I might just love this movie. A knot tightened in my throat, tears pooled in my eyes; but then it was gone, and it never came back. To make a movie claiming to truly capture the hideous violence and suffering of these type of events, and then dare to even hint the message that a person holding the gun (I’m referring to the protagonists here) can be a hero is infuriating. The emotionless, unrealistic characters did not sit right with me, to say the least. I found my blood BOILING as I watched the characters, both antagonist and protagonist, make snarky remarks over and over. As a member of Gen-Z, I grew up in a world where it was normal to think of where in each classroom I would hide, what I would do if I ever found myself in this situation. When I was in middle school, there was a kid who threatened to bomb my school, this is a topic that has been on my mind constantly for the entirety of my life. It is any American kid’s worst nightmare to be in this situation; I can say with full confidence that NOBODY would have acted so calm. Every one of those kids would have been trembling, crying, panicking and not holding up their phones calmly. Also, what the hell kind of school shooters are these guys? We got fucking bargain bin Joker over here, acting as a glamorization of people who want to commit mass murder.

I have a lot more to say, but I’m trying to keep it brief with solely my main grievance. I did enjoy parts of it, I thought it was visually appealing and directed ok at least.

But the end, oh, the end did it for me. I’m not tagging this as a spoiler because it really doesn’t make the movie better or worse, but I will be talking about the end. Even if you haven’t seen this yet, I hope you continue reading. The last scene in the movie features the main protagonist killing the main antagonist with a gun. Now, this situation is not in self defense, they were alone in the woods together and she could have aimed anywhere else on his body that would have taken him down, but not killed them; yet she goes for the heart. This is our hero moment? She then compares him to the deer hunting at the beginning of the movie where she puts the deer out of it’s misery with a rock to the head, except she leaves him there to suffer. The issue with this is not whether he deserves to pay for the deaths of the people he killed or not, it’s a matter of principle. In this moment, her hero moment, she has the opportunity to be a true hero and show him the mercy that he definitely doesn't deserve while simultaneously serving justice. HOW DARE A GROUP OF CONSERVATIVES PRAISE THIS MOVIE WHEN THEY ARE THE SAME GROUP OF PEOPLE WHO WAS ENRAGED BY THE LETHAL SHOOTING OF THE WOMAN AT THE CAPITAL? It was a use of an unnecessary lethal shot when the bullet could have been fired anywhere else in THAT situation, but not in the end of the movie??? Why does she have the right of taking a life, to save a monster from rotting in prison, to kill a man after witnessing the deaths of her peers?

This movie was introduced by Ben and his friends along with many other conservative guests praising this movie for being such a profound statement, a “conservative voice” that will not be oppressed (stop being so dramatic, you are the opposite of oppressed), but it ended up pushing me further away from this viewpoint than I ever intended to be instead of sharing a new perspective. I’ve managed to scrape up some respect for Ben Shapiro over the past couple months, but I don’t know if I can come back from him whole-heartedly backing this bullshit.

I am not amused.