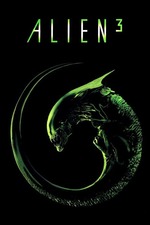 I have often maintained that the Assembly Cut of this film sucks, but it has been a few years and I know the theatrical version so well that I figured I'd give it a shot, as many prefer it. Upon reconsideration, much of what is added fleshes out the characters and gives the dialogue room to breathe, and I believe that if David Fincher had involved himself in the editing process rather than resentfully disowning both the film and studio he would have included almost everything in a proper director's cut. The biggest problem here is the oxburster - not only is the dogburster far more well filmed and higher in tension, but since it's generally agreed that the chestburster adopts some of the traits of whatever species it emerges from, having one leaping around and running on all fours through corridors after gestating in a cow makes no sense. My other beef is with the altered ending, which adds some unnecessarily corny dialog from Bishop and removes the queen from the final sequence. Everything else? Fuck it, leave it in!