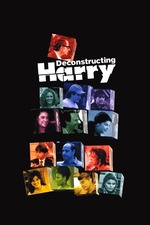 Will Sloan’s review published on Letterboxd:

Level 1 viewers will interpret this movie as the scandal-plagued filmmaker's attempt to tackle his image problems head-on by playing a character who embodies every negative trait commonly ascribed to him. Level 2 viewers will understand this as a veiled attack on Mia Farrow by way of a barely-veiled assault on her good friend Philip Roth.

Judy Davis should have Meryl Streep's career/reputation. Strong work by Kirstie Alley as Not Mia Farrow. Ballsy decision to cast Robin Williams – one of the biggest comedy stars near the height of his popularity – in a tiny role in which he 1) does nothing funny, and 2) is literally out of focus.

So, about that final scene where Harry realizes he can't function in life but can in art, and then dreams about all of his fictional characters applauding him. Does Woody think this ending is tragic or redemptive? I don't know. I fear the latter.

Will liked these reviews

Will is using Letterboxd to share film reviews and lists with friends. Join here.