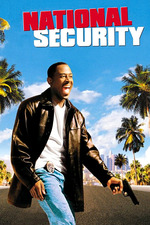 Did Martin Lawrence ever think, that maybe depicting the most racial stereotype isn't very helpful for the Black Community?
This movie seems to say: "OH, HELL NAH!!!"

How many times can you say "I'm black" in one movie? And then having all the "talents" that a black man seemingly seems to have in the States... Dude, what the hell. Lying, scamming and downright stupidity, yet he still gets his badge at the end, after falsifying information on another cops arrest. But it's okay, if you don't have gags, at least you can have boring ass car chases and a shoot out in a Coca-Cola-Distribution Warehouse. Was Adam Sandler producer here? It would fit gloriously.

A Ship to India